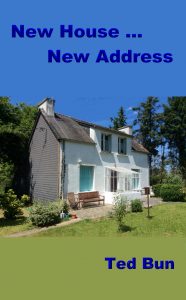 Available in Paperback, and for Kindle – free with Kindle Unlimited.

Digging In by Lorretta Nyhan

The story of the salvation of woman, and her son, after the death of her husband. The road to salvation … digging up her garden

I enjoy this story and the relax style of writing. I’m not sure why but enjoy it enough for 4-stars and a Good Read

The Lost Girl by Carol Drinkwater

An almost smash,
The easy road to success of the actor husband …
The rapid success in a new career are not realistic.
The romance that leads to the story line is rather mundane.
The ending was just a little too “tidy”
That said I enjoyed the book
The main story is one of drama, tension, kindness and pain.
The secondary story of a historical romance is beautifully written and very engaging
The Palestine section of the story is important but burying it in this book wasted it.

Roar of the Storm by Adam Burch

I’d read part one of this story, Song of Edmond, which I called a clever story a while back.

Except apart from the hero being the semi-indestructible Edmond it has nothing familiar from book 1. In fact it has nothing in common with it. Very uninspired Space Opera

A really uplifting tale of building a home and a family starting from scratch. Well not quite scratch. An amazing house in a wonderful location ready for conversion from house to home. Money, lots of money to finance the conversion. Oh and good will, stacks of good will.

All a little bit far fetched but if you can suspend belief …. a wonderfully happy family story but I’m not going to read the second story in the series.

I love Charlie Holmberg’s writing. aimed at the YA market these are fun  stories.

The Apprentice to one of the few Polymakers is a young American girl, Elvie. She travels (partially) magically to London for her apprenticeship. There she finds herself involved in a struggle for power and influence in the new world of Polymaking, the Magic of Plastic.

This story has a much better sense of place compared to the earlier Paper Magician, which had some inaccuracies of geography. Since this is my only ever criticism of the “Magician” stories a full 5 Stars and a Good Read

Ms Breene is another excellent writer in the YA magical realism world. I reviewed the earlier books in this “reality” back in February. This book ties the two journeys through this world together to produce an exciting gathering of the ends …

The corrupt Magicians Guild is trying to reassert itself, the only real opposition is a rag bag of untrained “Natural Madges” aided by some Vampires and Wereanimals. Oh and the heir of a powerful one. If you have read  Fused With Fire you’ll know who I mean.

A Convenient Death by Derek Fee

A second Moira McElvaney story set in Boston Mass. (rather than Belfast for Inspector Wilson, her former Boss) Wilson looms large in the background of this tale as Moria agonises over her future. Meanwhile multi-millionaire Frank Shea, who fancies the pants off his best friends girl friend, (yes Moira!) stands accused of the murder of the man who’s testimony sent him to prison.  Moria has weeks to clear her boyfriend’s best friend of murder.

So imagine that public nudity is no longer a crime in the United States, and a new generation of nudists has begun to become visible in towns and cities around the country.  Rachel, encounters a couple of nudists and gradually becomes involved in the naked recreation and then the politics of naked living.

To Die in Vienna by Kevin Wignall

Kevin Wignall writes nice tense thrillers set on the edge of the shadowy world of espionage and international secret agencies This one is set in Vienna. He carefully draws a picture of a retired British agent who is conducting an observation on a younger Chinese man, when everything goes horribly, horribly wrong. He is forced to run and hide as everybody associated with his last job is murdered.

To stay alive he is forced to kill or be killed.

The Beekeeper’s Promise by Fiona Valpy

A wonderful book comprising of two narratives set 70 years apart spoilt by a twee ending. If you don’t read the last couple of chapters it is a very worthwhile read. It counterpoints the contemporary story of Abi a widowed victim of a controlling husband and her journey from door mat to  person with the wartime tale of Eliane. The Beekeeper of the title and her struggles to survive and resist in war torn France .

I expected more from the pen of a successful TV writer, but ….
I felt the characters Anna, Langton, Mike, Joan lacked any depth or reason why I should care about them.
Likewise the baddies, the main one Oates, who we are told is super-bad, have no character at all!…

Oh My Goodness! An absolutely incredible read. Set in war time Dresden where a string of savage murders are taking place. The hero Detective Max Heller, a non-Nazi police officer, veteran of the Great War has to investigate these murders despite obstruction by his ‘politically’ minded boss. Mid-way through the investigation the Fire storms are inflicted on the city and the Russians arrive.

Translated from the German by Steve Anderson.

It  struck me as being in a very similar in tone to the writing of Richard Savin. Who’s “The Girl in the Baker’s Van” I had just beta-read.

Short and slightly unfulfilling, the Battersea Barricades have been aa event referred  to on a constant basis in the stories of St Mary’s. It was seen as a turning point, a heroic stand and victory in the UK revolution. The  story describes how to be a rebel you need skills like bike stealing and canal navigation.

As usual with Jodi Taylor you get a wonderful self depreciatory humour and a slight sense of the absurd.

No stars … it is an anorak fans story filler.

OK so I am that anorak.

Max and the team of time traveling historians from ST Mary’s are off on their travels up and down the timeline of history. Observing the last joust of happy King Henry VIII, laying traps for arch baddie Clive Ronan. Which don’t work out as well as anticipated., leading to Max getting marooned in time and heading for extermination as she approaches a time she has visited before.

Humour absurdity and in jokes all abound.

Death on D’Urville + Straight and Level both by Penelope Haines

Claire Hardcastle is a commercial pilot and flying instructor, who operates out of Paraparaumu airport in New Zealand. Both stories are a little bit the Famous Five meet Magnum PI (or the TV detective of your choice)

Death on D’Urville is a straight forward murder who dunit. Clair finds the clues that love interest Hunky Cop follows up to solve the crime. There are twist and turns enough to keep you reading

Straight and Level is a more complex plot that starts with a demonstration by environmental activists and ends in murder, kidnapping and an attempt at starting a racially motivated guerrilla war. Far fetched? Did I mention the Famous Five?

The Ripening Sun + La Belle Saison both by Patricia Atkinson

The Ripening Sun is a great (true) story about a woman, who follows her husbands dream to make wine in France. Then it all goes horribly wrong. The wine is awful. Her husband contracts lupus and goes back to the UK and she is left with some else’s dream to live. The story is then of her struggle, helped by some amazing friends, to succeed.

A failed attempt to write copy for the French Tourist Board.

2 Stars not worth the effort, unless you are in hospital with no WiFi.