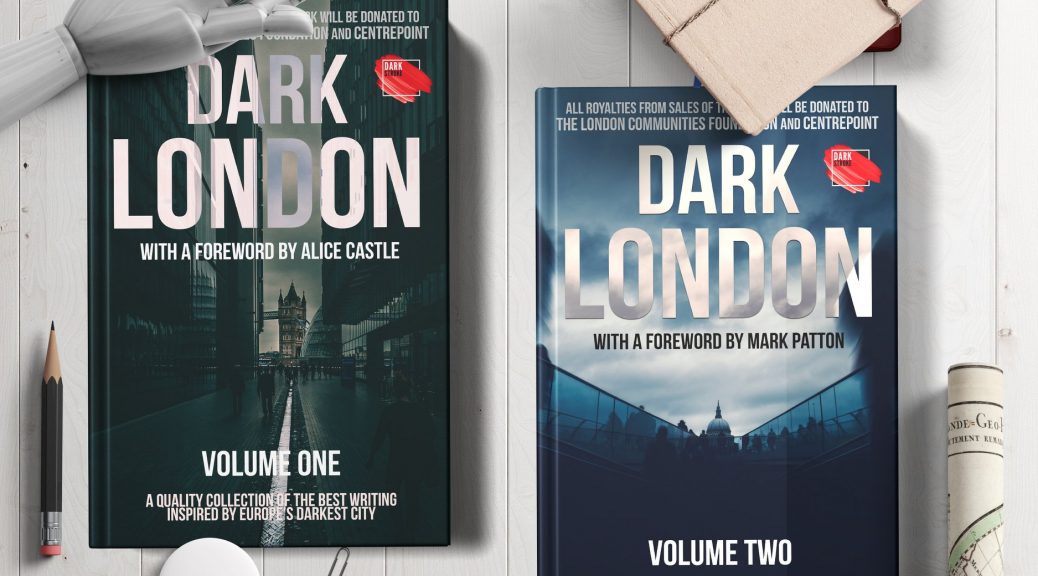 June 2020 will see me in print in three different places!

Dark London is a two volume anthology of stories drawing on the darker side of the Capital’s streets and the people that fill them.

My story that lurks between the covers of Volume 1, hidden between stories by Jess Popplewell and Anne-Marie Ormsby (The Tower) and a safe distance from the foreword by Alice Castle (The London Murder Mysteries)

December Fog is one of those stories that floated around in my mind for several years with no natural outlet … until Dark Stroke came up with this collection.

A period piece set back before the Clean Air Act, in a time when heating was by coal and gas lighting was pretty high tech stuff!

The tale follows one man and his … No, that would give too much away!

I wonder … will you find the contemporary political joke in the tail?

And there are more stories in volume 2

Featuring tales by these talented scribes:

All the royalties from the sales of these books will go to The London Community Project and Centrepoint.

2 Murder in the Nudist Colony

A second Short Story in a charitable anthology.

My story is called “Murder in the Nudist Colony” and is set in a very British Nudist venue of considerable vintage. The crime is however very contemporary.

The other stories by such luminaries of naturist fiction as Paul Z Walker, Wallace Greensage, Robert Longpre, Matthew McDermott, Will Forest and Jacob Drake.

The collection sit behind a superb cover illustration by Fabien Barabe

Diverse, humorous and dark … read it! It is fun.

3 The Last Day of June

A serious tome, for me. Hence it is published under a different name, Edward Yeoman and not Ted Bun.

Once again it is a story with a very long period of gestation. It started back in 1974, when I heard Al Stewart sing a song with a similar title. I kept returning to the idea’s and images the song had brought to mind and eventually I started to write the story in summer 2019.

The tale starts in 1934, when the last day of June was the last day of life for a lot of people. Taking three different view points the book sweeps through Europe and European History to the conclusion in 1974.

“I started to read it and couldn’t put it down!” Robert Whiston-Crisp

According to Robert’s wife, “He sat out in the garden and started reading it. He didn’t move until four o’clock when he went to the loo, came back and kept reading!”